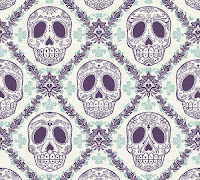 i am i
and the eye can see the broad span of the edge
as it comes up
to meet the party.
And who will clean up the dishes? The rags?
The sad clown make-up that lies in cluttered stacks
on the outside table.

And we pour our opposites out
and empty our vessels

Email ThisBlogThis!Share to TwitterShare to FacebookShare to Pinterest
Labels: transflection

Sometimes being trans is dream-like

Once when caught up in the revelry of after midnight femme sessions, my skirt still flowing around my knees, my heels clicking on the hard wooden floors, and when my eyes passed the mirrors, briefly, so briefly, I was not myself in the mirror.

Once, during class, I glanced at my hands as they pulled up a powerpoint. But they weren't my hands, they were smaller, and my skin shined, and my nails appeared out of thin air.

In Latin my name is light and easy to carry.

I am a feminine foot

Oh, did i go there

Email ThisBlogThis!Share to TwitterShare to FacebookShare to Pinterest
Labels: transflection 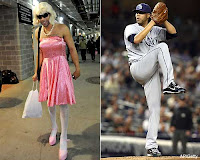 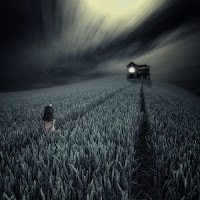 In 2004 I spent the entire post-season in a tense, drunken, stoned, and crossdressed frenzy, trying to spark some fan magic to will my beloved Red Sox to the World Series.

What's a Southerner, a Southern Woman, well trans-woman, doing liking a new England Team? Don't you folks like the Braves? Or the Rays?

Well I grew up loving baseball cards. I loved the information, the portraits, the action shots, how owning a baseball card made you notice people, races, beards, mustaches, hair cuts. If you owned the card that player was special. That's how I defined special, plus the media always provided heroes. Carlton Fisk, Eddie Murray, Steve Garvey, Fernando Valenzuela, Jim Rice, and my favorite, George Brett. So by default the Royals were my favorite team, the Red Sox, because of Rice and Fisk, were my second favorite team, and I liked the Braves, the Cubs, and Orioles, just because we had a primitive cable TV plan and all three were regularly broadcast. The game was on in my father's office, his one vice, pipe smoking, making my head fuzzy and warm. He didn't like to be bothered, and we weren't allowed to listen or bother, and the game took on a magical quality. Something adult. Something in the air. And of course, there was the games on the weekends, or summer afternoons, and I'd half pay attention.

There were brief intense affairs with baseball, the wild Boston Years where I palled around with madmen, drag queens, freaks and literary geeks. And those years saw, not only, media frenzy over the team, but many games in the stands via my wife's job in PR.

I followed, but from a distance.

My femme side exploded and receded in similar fashion. It's a phase, it's nothing, it's no big deal.

It's
a
big
deal.
Your self image.

For me the yearnings and intensity increase with age.

Shortly after I found out I was going to be a father we went over to a friend's house and I played catch with my friend's son, because no one else wanted the chore, which n I would find out...that playing with any three year old child is, a chore. Because you have to run a lot to pick up the stray short armed balls that fly from the kid's arm. You have to do it for the kid. But that was okay. I was in high Daddy euphoria.

I even thought, I remember the thought, that I was finally normal, in other words...non-trans.

Playing catch was fun. My beautiful wife teared up at the sight of us....
And suddenly after that baseball came alive to me again.

Then I was deeply in the closet about my trans issues, so I stood, in 2004, in a comeback against the Yankees, in my wife's mules, in her hose, in her short skirt, and wearing gobs of her eye shadow, in secret, my post pregnant wife passed out upstairs, and I in shaky drag, listening to the radio, the Sox fighting back, absolutely sure my intense desire to dress as a woman, to wake up one day as a woman, were passing phases.

That it was a kind of magic.

And crossdressing is, if anything, a kind of magic.

And so is a good game. And as of this post my son is sleeping, and the Giants are on the verge of their 1st title, and my pearls are hanging from my ears, and I have my bracelets and rings, and right now everything, just about everything seems possible.
Posted by Cassidy Brynn at 5:18 PM 2 comments:

Cassidy Brynn
Southern Mid-Atlantic, United States
All things arts. All things cultural. All things transgendered. Women's fashion, costume jewelry, fun. Interested in meeting t-girls from the area for tea and conversation, if possible. Hello? Is there anyone out there? Lol Not interested in meeting for adult pleasures, mind you, I'm taken. Non T interests include guitar, music, painting, arts, family, cooking, film, and outdoor activities (what can I say, I like running around barefoot)