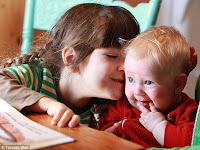 I don't care what the critics say, I say go for it. I think

However on the Huff Post there is a thoughtful and supportive and yes, critical look at the parent's choices.

I agree to not raise the kid in a "bubble." It will be interesting to see how the child sees itself...but are the parent's doing it with the child's best interest in mind? It's easy, in hindsight, for me, as a non cis-gendered individual to think pink hearts and yellow butterflies and wish this was me...but...

I do wonder about the experiment...is it really for the kids, or for the parents? I agree with Dr. Koplewicz that some gender traits are biological and not social, but I think the provocative experiment is good for us, society, maybe not Storm.

Here's to you, Storm, I hope you develop into a stable awesome person. I hope the media stays out of your life.
Posted by Cassidy Brynn at 6:23 AM No comments:

News From the Front

My secret hands
and my secret desires
can fill a theater
and entertain all the young whores
dressed for a fuck.

Oh, comely nights.
in my head
about how to walk,
talk
and I don't mean
there's many causalities

I mean there's no end to the causalities.

Like Batman and the Joker,
the tedious madness
of two minds
that inhabit the same body,

fat as my psychiatric file.

There is no winner, and no
bomb, nor
truce,
a countless counting
of coups,

a shredded nightgown,
a worn dress,
scrubbed skin
of those who hands mark secret work.


Let's be honest:
I'd love to burn down
like the skirt on the floosie
in the back of the club,

how it turns to ash as she dances
to the music.
By the end of her night

the whore
will wear nothing but a slur and a smile,
her high heels snapped
from all the broken hearts she's tramping.
Posted by Cassidy Brynn at 7:11 PM No comments: 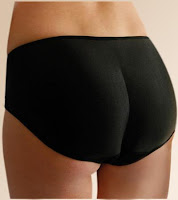 Allright sistas....this southern girl on the cheap found but panties at the local wal-mart for 11 bucks and change, and darn if they don't feel snug and they do add a hint of definition to my posterior, though I want big curves, baby. You know what I mean. I haven't worn other padded butt panties before, but for the price...worth it.
Posted by Cassidy Brynn at 6:35 PM No comments:

Email ThisBlogThis!Share to TwitterShare to FacebookShare to Pinterest
Labels: Crossdressing on a budget

Come on up to the house

Come on up to the house. The tea is brewing. And if you need something stronger there's beer in the ice box. Nothing fancy mind you, just honest American brew.

The Mississippi will crest in Southwestern Mississippi this week flooding famrland, churches, chicken houses, and juke joints. Sadly, the poor have no where to go.

My heart pours out to them, since many are so poor and cognitively deficient, this flood is literally Biblical to the masses who subsist on corncake and game for their meals (yes, world, the rural South is third world) and do not possess the means to leave town. There world will be under water. Wiped out. Our own tsunami-like disaster.

Mean while in the northern portions of the South, the Mid-Atlantic, gay marriage/civil unions are becoming mainstream political fodder, hopefully trans rights will follow.

And me on my little hill....feeling a well of creative forces move inside. This big ol gal will pick up her guitar and pen this week.

In my personal life...the marriage is going well. We have spent time together sharing, but the lack of interface re: crossdressing/trans feelings are nil, as is the sex. life. as in. nada. And what does one expect when your "straight" partner comes out as a tall awkward girl?

I keep waking up wondering where my hips disappeared to, and feel a nurturing pull towards earth.
Posted by Cassidy Brynn at 2:37 AM No comments:

Cassidy Brynn
Southern Mid-Atlantic, United States
All things arts. All things cultural. All things transgendered. Women's fashion, costume jewelry, fun. Interested in meeting t-girls from the area for tea and conversation, if possible. Hello? Is there anyone out there? Lol Not interested in meeting for adult pleasures, mind you, I'm taken. Non T interests include guitar, music, painting, arts, family, cooking, film, and outdoor activities (what can I say, I like running around barefoot)